Blog - Latest News
You are here: Home / The lady who was never going to die 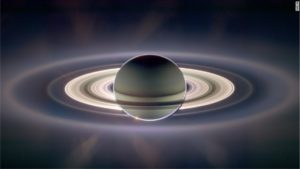 I recall about 30 years ago I was doing a reading for a lady who’d recently consulted a Vedic astrologer who told her she would die at 84 yoa. She reported it to me as a shock and was shaky and tearful. Turned out the problem wasn’t that he’d said 84. He could have said any age. The issue was that she was shocked at hearing the news that she would, at some time, die. It was inconceivable to her. This speaks volumes about the culture she was brought up in and how she’d been shielded from life’s realities.

In more traditional societies such as some parts of India and other places, death is seen as a natural stage in life. People freely talk about it. Astrologers naturally include a predicted time of death in their readings, as they used to do in the West. However in recent times many see it as ethically wrong to predict death. Many won’t even mention the possibility. Why? Surely most of us are mature adults aware of the most inevitable event in life.

I have no problem talking about my death or anyone else’s, although I don’t generally for those living. But seriously what’s the problem? Will someone be upset? Is this another example political correctness gone mad, ignoring one of life’s basic realities? Maybe the modern mantra in astrology against mentioning death or the time of possible death needs to be reconsidered.

It is what it is.  Death is a reality of life that cannot be denied. And might we not be better off, perhaps even make wiser choices on our life’s journey, if we are more mindful of the bigger picture, more aware of how short our time here is on this beautiful planet?

Fear Death and the Coronavirus The solar foundation of the horoscope