You are here: Home

I am Peter Burns and this site is dedicated to the free study, research and education of Western astrology  The resources offered here are free. Images are copyright and may only be reprinted with express permission.

There is no commercial agenda. no readings or courses are offered. Everything here I offer for free. 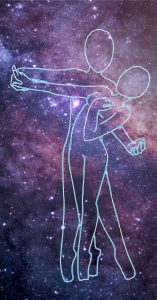 From the legendary father of astrology, Hermes Trismegistus, in the Emerald Tablet:

Western astrology, and astrology in general, is predicated on a correspondence between the above and the below. Each reflects the other. We dance together with the planets and stars to the music of this unseen force, referred to by ancient astrologers as ‘the prime mover’. Our rhythms are the same. It’s not a cause and effect situation between the celestial bodies and us, it just looks that way at first glance. What is really happening is that we are simply dancing to the same tune.

Western astrology has it’s own tradition and the distinction is made here between the Western and other traditions and forms of astrology such as Vedic Aztec and Chinese. There is no intended criticism of other forms of astrology; just that the sole focus of this site is Western Astrology.

From the Bible: “God said, ‘Let there be lights in the expanse of the sky to separate the day from the night, and let them serve as signs to mark seasons and days and years:” Genesis 1:14

From the Qur’an: “We shall show them the signs upon the horizons and within themselves until it is clear to them that it is the truth.” Surat Fus?s?ilat 41:53; Abdel Haleem p. 483.

The Joys of the Planets

The logo of this site features the Joys of the Planets, showing the houses (places) where the 2 lights and the 5 classical planets are most at home. It is featured here because it is especially instructive about the roots of astrology and informs us about many of the basic principles underlying the very long and rich history of Western astrology.

The primary focus of this site is the foundation principles of astrology and how they can be used to provide simple and clear interpretations in any of the 4 primary branches of astrology: horary, electional, natal and mundane astrology.

In its simplest form astrology is the correlation of nature in the celestial sphere with life on earth.

Stars are points of light in the heavens and the word planet comes from the Greek plan?t?s meaning wandering star. Thus the focus of astrological study is the celestial lights which include the stars and the planets. The patterns formed by the celestial lights are correlated with events on earth.

In a basic sense astrology is the study of the lights in the heavens and how the patterns of their movements reflect events in our world.