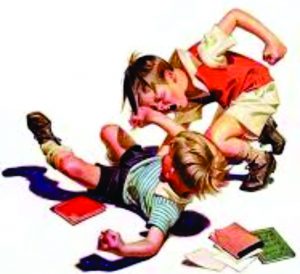 Mars is associated with things that are sharp, such as knives and thorns, and weapons designed to maim and kill. The rose because of its thorns which is also ruled by Venus because of its beauty. Its colour is red.

Rules Aries and Scorpio and has its detriment in the opposite signs of Libra and Taurus. Mars in Aries is like the courageous warrior charging into battle, openly displaying aggression. Mars in Scorpio is like the spy or behind-the-scenes infiltrator causing havoc. In any battle both aspects of Mars are usually essential to a successful outcome. 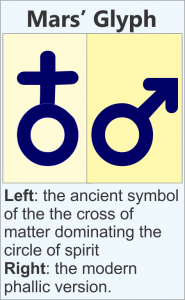 Mars is exalted in Capricorn where its industry and energy can be most productive. In the opposite sign of Cancer it is said to be in its fall, as it does not operate well in conditions that are soft and mushy.

Hot and dry, choleric, nocturnal, masculine. It is called ‘The minor malefic’ because transits from Mars a 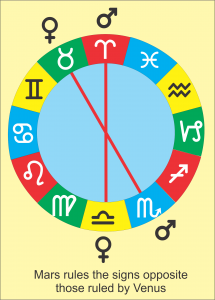 enerally experienced as troublesome and vexing.

Personality when negative: An aggressive, argumentative, quarrelsome person. A murderer, someone of a turbulent nature or wanting to cause trouble. An obscene, abusive or unthankful person. Someone who is oppressive, ravenous, lustful, furious, or violent.