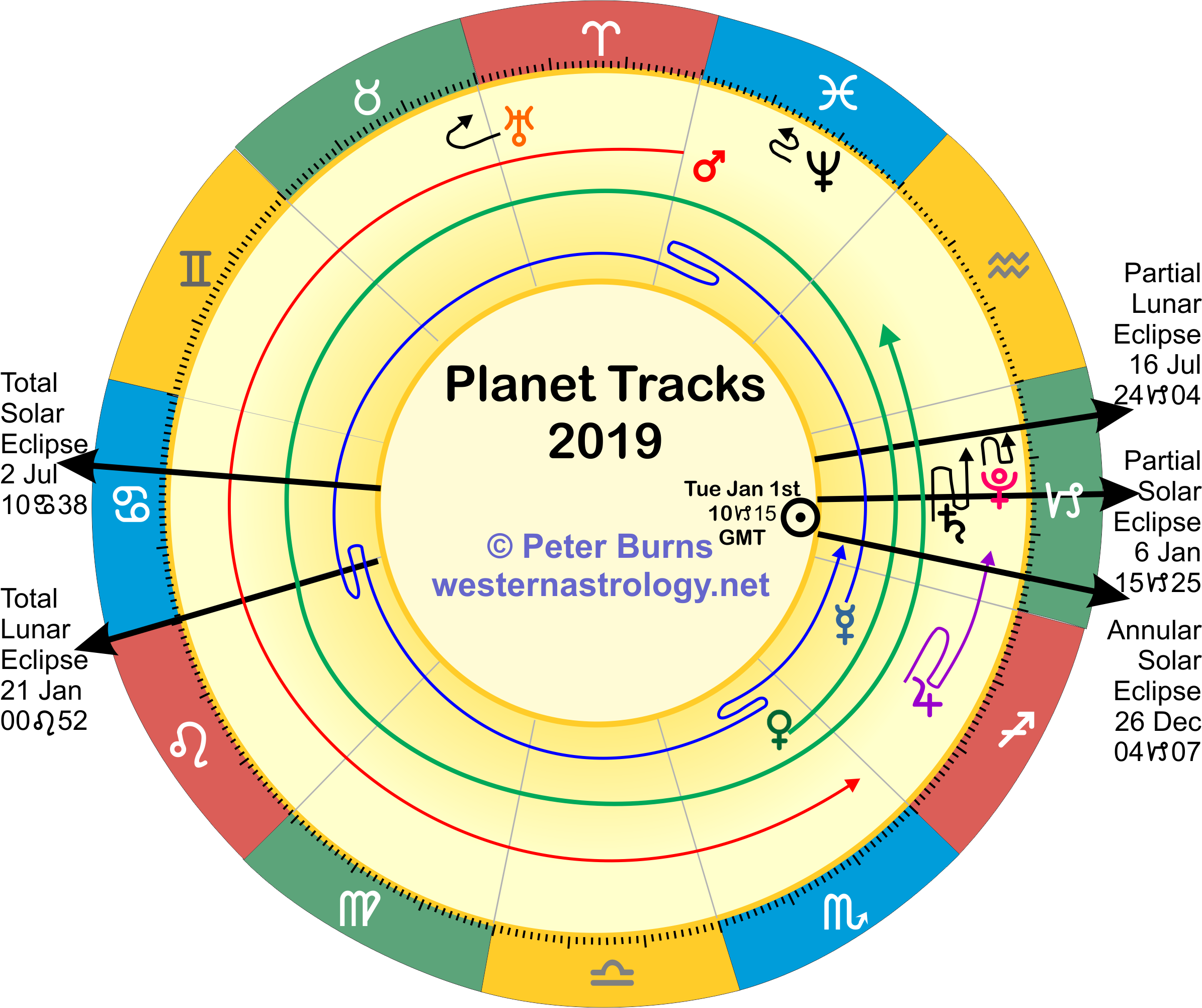 This artwork is offered to the astrological community as a free reference for further commentary, and has relevance to different astrological streams, such as mundane (political) astrology, financial astrology, and natal (personal) astrology.

The Planet Tracks artwork reveals a focus on Capricorn in 2019. The activity in Capricorn includes two solar eclipses, one lunar eclipse, Saturn and Pluto both in the mid to late degrees, and the ingress of Jupiter in December.

Jupiter’s ingress in Capricorn sees it move from the sign of its dignity to the sign of its fall, signaling a shift in focus from high principles and ethical considerations, to commerce and material wealth.

Capricorn’s ruler is Saturn in Capricorn. Saturn has associations with isolation and seclusion, the rejected and disenfranchised, boundaries, rules and regulations, the imposition of power and authority, heaviness and depression, debt and poverty, prestige and responsibility.

It is no coincidence that we are witnessing the imposition of trade barriers and more isolationist policies in different parts of the world.

There is a solar eclipse in Capricorn’s opposite sign of Cancer in July. Four of the 5 eclipses in 2019 will have significance for those with personal planets close to the degrees of the eclipses in Capricorn and Cancer, as well as Aries and Libra. These are the signs in ‘hard aspect’ with Capricorn. These degrees are 4, 10, 15 and 24. Those with personal planets close to these degrees in Taurus and Virgo, which are the signs in ‘soft aspect’ to Capricorn, are also likely to see something eclipsed in their lives.