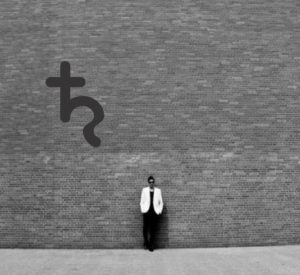 At the moment Mars Jupiter Saturn and Pluto are all in the tropical zodiac sign of Capricorn, which is ruled by Saturn, and Mercury has also entered a Saturn ruled sign: Aquarius.

As a result of efforts to contain the corona virus walls and restrictions are going up in many places around the world. Travel barriers are being placed between countries and around huge cities in China. Schools and events associated with public gatherings are being closed down. Many factories and places where people work together have been closed with the result that many goods and spare parts are in short supply. Various economies are suffering and the financial markets have gone down.

Saturn also rules fear and people are living in a state of fear with various reports of stockpilling of consumables and supermarket shelves being emptied. The wearing of gloves and face masks are also ruled by Saturn as they are a way of establishing barriers between people. As is self-isolation.

Saturn also rules plagues and the corona virus is a disease of plague-like proportions.

Mars and Saturn will move in Aquarius over the coming months. Aquarius is the second zodiac sign ruled by Saturn. It is a warm moist sign associated with the generation of ideas and mental activity. Restriction of the internet and attempts to control the flow of information are likely to be in the news.

In is no mistake that events such as those above are happening at the moment just as Saturn is so dominant in the heavens. Astrology operates on the foundation of “As above so below, as below so above. ” What we see in the heavens in mirrored on earth and visa versa. The two move in tandem like dancers, both resonating to the same tune.

While various astrological markers such as the Aries ingress chart for Wuhan, the December 26 2019 annular solar eclipse and the Saturn Pluto conjunction in January 2020 have been associated with the corona virus, the player that is common to all these astrological events in Saturn. It’s association with walls and barriers, rejection, privation, fear and the plague fits the current scenario perfectly. The corona virus is represented by Saturn, sometimes called ‘the old devil’.