Blog - Latest News
You are here: Home / Reverse the signs for the Southern Hemisphere?
First published September 6 2012 on the Ambrosia Academy of Astrology and Palmistry website by Peter Burns.
When our theories about astrology and the world come up against the hard face of reality and cannot be applied, something needs to change. What needs to change is not reality for it can only be what it is. It is our theories that need adjustment. Try as we might we cannot force reality to conform to our intellectual notions. 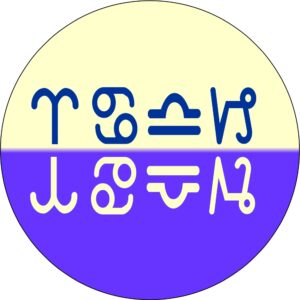 The alignment of the seasons with the zodiac

One of these ideas concerns the argument that it is the seasons which determine the alignment of the zodiac signs with our calendar. Ptolemy said so as have others. Aries is associated with Spring and so on. While I have no special argument with this theory, there is a serious problem with the conclusion that the signs should be reversed for the Southern Hemisphere.

Should the zodiacal signs be flipped for the southern hemisphere as the tropical zodiac is clearly seasonal? According to one published opinion in the Considerations magazine, “…all those Southern Hemisphere folk who think they are a particular sign should look to their complementary sign….. antipodean astrologers need to bite the bullet and re-evaluate. And …… if those residing in the southern hemisphere cannot accept this concept, then our whole astrological edifice is on “shaky ground.”
Actually the ground is quite firm down-under. Astrologers here tend to look to reality to see what actually works. People born on the 1st of April have Aries as their sun-sign, and they behave as we would expect those born under the sign of the ram to behave. They do not behave or have the attributes of someone born under the sign of the scales. Likewise Librans do not show Arian qualities unless of course they have other planets or points in Aries. Each of the other zodiac signs shows the traditional characteristics of their sign. On this there can be no confusion. It is very very clear.
p

A different reality is confirmed

This reality confirmed by hundreds of Australian, New Zealand, and South African astrologers studying the charts of thousands of clients. Using the opposite sign  for people born in the southern hemisphere does not match the observed facts. The theory that the signs should be reversed because they are associated with the seasons sounds logical. However reality shows there’s a flaw with this reasoning. This does not mean that the tropical zodiac is not related to the seasons. Nor does it invalidate astrology. However it does mean that the reasoning given for reversing the signs in the southern hemisphere is somehow incorrect.
p

What we do know

What we do know is that when the Sun on its northward journey crosses the equator at the vernal equinox it signals the start of Spring in the northern hemisphere and Autumn (Fall) in the southern hemisphere. It also signals the beginning of Aries in both hemispheres.
Certainly it seems reasonable that the seasonal relevance to tropical astrology which applies so well in the northern hemisphere should also work in the southern hemisphere, where the seasons are opposite those of the north. Seems very logical to me except for one important point: it doesn’t work. It has been suggested that perhaps the earth has a ‘natural season’ which applies equally, from an astrological point of view, to both hemispheres. Maybe.
My own conclusion is there must be a greater truth concerning astrological meaning which is not yet understood.
I don’t think we have discovered everything there is to know about the majesty of the heavens.
https://westernastrology.net/wp-content/uploads/Joy-ogo-300x300.png 0 0 Peter Burns https://westernastrology.net/wp-content/uploads/Joy-ogo-300x300.png Peter Burns2020-05-12 02:30:452021-03-31 04:15:10Reverse the signs for the Southern Hemisphere?
0 replies