Blog - Latest News
You are here: Home / Retrograde planets and the coronavirus 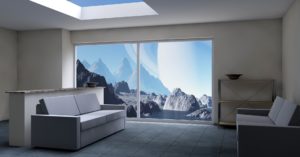 With 3 planets turning retrograde this month we can expect to see some return to a previous situation. It is no coincidence that various countries are in the process of lifting some coronavirus restrictions on distancing and socialising.

Saturn is one of the planets turning retrograde. Saturn‘s essential nature is associated with isolation, financial retraction, fear, pandemics, destruction, death and withdrawal. These conditions dominate public consciousness at the present time.

Jupiter is associated with freedom of movement and association and these have been heavily restricted across the globe. Jupiter is said to be “in its fall” in Capricorn and the present situation provides some validation for this concept. A planet in its fall does not easily rise, and this is reflected worldwide in the dire state of the airline industry across the globe.

The stationing and retrograde motion of Saturn diminishes its natural capacity is restrict and isolate. It also loosens its restrictive grip on Jupiter. But it is only a loosening. A temporary reprieve. Jupiter is not only in its fall bur also retrograde. Both conditions severely diminish its natural competence to be everything that Saturn is not: expansive, positive and prosperous.

It is not until September that both planets station direct. There is likely to be a re-imposition of restrictions until the end of the year. It is not until December 2020 that Jupiter finally leaves Capricorn, the sign of its fall, and enters Aquarius.
In Aquarius Jupiter is again in a Saturn ruled sign, but it is no longer in its fall. Aquarius is a warm and moist sign. The warmth, although moderate, adds expansiveness; and the moisture adds connectivity. It the present scenario this points to some type of social contract.

In January Jupiter and Saturn conjoin in the first degree of Aquarius. These conjunctions follow a 20 year cycle which has often been associated with the economy. With one exception, the Jupiter-Saturn conjunctions have all been in earth signs in the last 800 years. The switch to air signs represents the beginning of an a new 200 year cycle iwhich s itself part of a longer 800 year cycle as the Jupiter-Saturn conjunctios transverse the4 elements. These long cycles have frequently been associated with the rise and fall of civilisations.
https://westernastrology.net/wp-content/uploads/Joy-ogo-300x300.png 0 0 Peter Burns https://westernastrology.net/wp-content/uploads/Joy-ogo-300x300.png Peter Burns2020-05-07 23:22:142020-05-08 00:53:28Retrograde planets and the coronavirus
0 replies