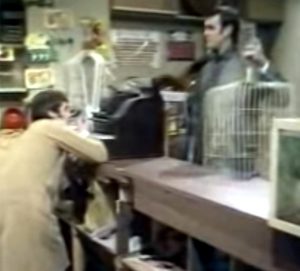 You will read in some places and on web sites of many who are attempting to monetize their astrology, that today (Dec 7 2018) we have a new Moon. We don’t. There’s nothing new about it. It’s completely dark, no light showing at all. Like to parrot in the famous Monty Python sketch it’s dead. ‘Nothing to see there folks, move on.’ No light means no life.

The dark Moon is called a conjunction or syzygy and its proximity with the Sun makes it impossible to see. It’s combust. It’s only a day later that we witness the first sliver of the new Moon. In the Islamic calendar this first sliver represents the new Moon.

Unfortunately, many calendars and ephemerides need to be re-written to accommodate the astronomical reality of the dark Moon.

During the dark Moon she is with her beloved in the darkness and it’s only his glare that we can see. Only afterwards, one day later, do we see the first blossoming when she is pregnant with his love. The joy of her love grows until she is bursting with his light at the full Moon. Then she becomes increasingly desolate with disappointment as the light of his love fades until the cycle begins anew.

Nothing is more fundamental to astrology than the observation and the visibility of light. A dark Moon is a dark Moon and a new Moon is the first representation of new life and new beginnings.