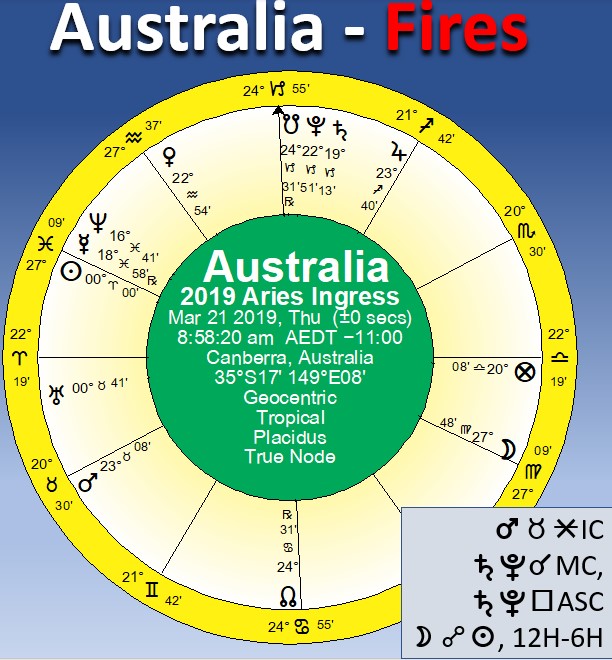 Does astrology show the fires in Australia?

The question has been asked on a few forums: Does astrology show the fires in Australia? You bet it does.
Just go to the Aries Ingress chart for 2019. It’s a disaster chart.

Saturn, the planet of destruction conjoins the MC, along with Pluto, and both square the ASC.

The Sun–Moon opposition, spans the twelfth house of disasters and the sixth house of injuries.

Some fires started in September as the Sun crossed the DESC and as the Sun approached Jupiter in the weeks before Christmas the media was awash with news of the fires. Red hot Jupiter in Sagittarius makes an exact trine to the ASC.

I find that Aries ingress charts, which are set for the moment when the Sun enters Aries as it crosses the equator at the Spring Equinox (northern hemisphere) at the capital of the nation under consideration, are reliable indicators of events for the year.