You are here: Home / Houses 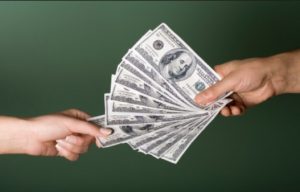 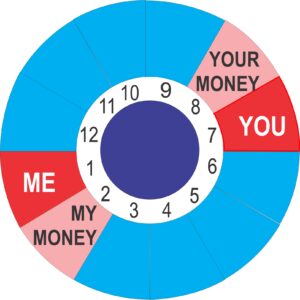 In recent discussions about relationships and sex on social media the eighth house has often been mentioned, and some people are surprised to hear that it is the fifth house, the house of pleasure and procreation, which rules sex.  Because there are a considerable number of astrologers whose education has not given them the benefit of exposure to texts containing basic principles of astrology, discussion of the eighth house can be tricky. We are now seeing the second or third generation of astrologers who have learnt from teachers immersed in the Theosophist and new age blends of astrology, without access to primary sources. The con 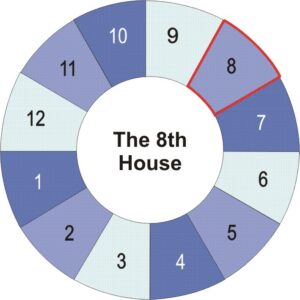 fusion concerning the eighth house is connected with

2. The adoption of the ’12 letter Alphabet’ system, by some astrologers.

The adoption of Pluto as Scorpio’s ruler means that Mars is displaced as Scorpio’s ruler. No reason is offered for this displacement other than it’s not fair that Pluto doesn’t have a place in the rulership scheme. It follows the practice of awarding the newly discovered planets Uranus and Neptune rulership over Aquarius and Pisces.

In discussions about the subject the displacement of Mars gets glossed over and the ‘it works for me’ justification  is offered. In my experience supporters of this new system show no understanding of the ancient system of planetary rulerships. It’s a case of people not knowing what they don’t know; making friendly and informed discussion difficult. People often take offense if it’s suggested that they need to study more.

What is an Archetype?

The eighth house is the house of death. While it’s true that some astrologers have associated the eighth house with sex because sexual orgasm is sometimes called ‘the little death’, the purpose of sex is to procreate, to bring life into the world, not death.

Previous to the modern era the eighth house was not associated with sex. This modern confusion is perpetrated by a misunderstanding of the primary functions of the houses. Sex is a fifth house matter. Procreation, pleasure and its consequence: children, belong here. Death and bringing life into the world are opposite things and should not be confused. It is not natural to have sex with dead people and shameful to have sex with children.

The people we do it with

Love relationships don’t belong to the fifth house unless you are into having sex with children. There needs to be a clear distinction between what you do and who you are doing it with. The people we have relationships with are represented bt the seventh house.

The tangled web of confusions associated with the interchange of Scorpio Pluto and the eighth house is mind boggling and really does take us a long way from the real meaning of the eighth house.
The core meanings of the eighth house have to do with death in the physical and real sense; fear and loss; the resources of those we engage with, partner’s money and inheritance.
The eighth house is not a particular pleasant place no matter how much we might like to romanticize it or give it a positive spin. The sign on the cusp of the eighth house and the planet which rules that sign are what is relevant in any type of astrological interpretation of the 8th house.