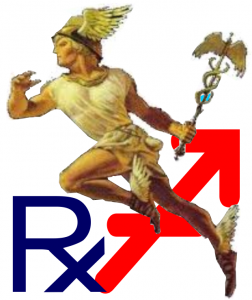 This article is adapted from a similar article published in November 2012.

As we enter the next Mercury retrograde period we are likely to see posts from astrologers offering apparently wise advice and warnings about mix-ups in communication, delays in transport, computer malfunctions and the like.

If it were true that these retrograde periods affect everyone all at the same time then our lives would be simpler and much more predictable. The irony is that individual uniqueness is clearly demonstrated by the study of individual horoscopes, yet on this subject some astrologers make blanket statements which cover everyone.

Communication mix-ups are more the norm than the exception. It is clarity and mutual understanding that is more remarkable.

Whether a particular person is susceptible to the pitfalls of Mercury retrograde will depend a lot on the natal condition of Mercury, whether it is direct or retrograde, the Moon‘s relationship with Mercury and other factors. And some people are more susceptible at certain times in their life and for this we need to consider progressions etc.. Transits alone may not do the job.

If everyone in the world resonated predictably to planetary transits, independent of their own chart, astrology would rule science. But it is not true, certainly not on an individual level. It makes more sense that retrograde periods affect us on the mundane collective level, but even at this level it takes a skilled practitioner to predict the where and when.

Offering apparently wise astrological counsel to a group of unrelated individuals about the pitfalls of Mercury retrograde without reference to individual charts or the context of the bigger picture is not good practice in my opinion.

If  you are new to astrology I suggest caution about those who dramatize Mercury’s retrograde motion and predict communication, computer, transport delays. Sure there will be some occurrences, but there is little to support the idea that these occurrences are more frequent to normal. It is easy to copy and paste the same astrological advice for every Mercury retrograde period. It is the stuffing of countless astro sites.

I suggest seeking out those astrologers who are more circumspect in their statements and tailor their advice to your personal horoscope.