You are here: Home / Ethics

Do the planets call us? 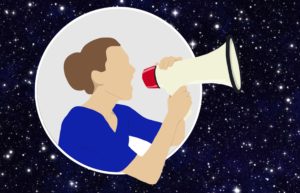 In some  Facebook sites I see astrologers providing commentary on  upcoming transits saying that a certain planet is calling us to do such-and-such. For example with the up-coming Venus station direct in Gemini: “After a period of re-evaluation Venus is calling us to move forward in relationships.”

But do the planets really call us to do things? How does this idea fit with the basic premise of astrology: “As above so below, as below so above”?

The “As above so below, as below so above” premise indicates that the patterns of the celestial bodies match the patterns of events on earth. Each reflects the other in a natural correspondence. But there’s no cause-and-effect implied which suggets that the planets make things happen to us. That’s much too simplistic. But what it does suggest is that we do dance to the same same rhythm as the planets.

Rather than the simplistic notion that stuff up is making things happen down here, the reality is that we all part of nature, nature in the heavens and nature on earth. And all of nature is moving to the same rhythm. The important question is: What is producing this rhythm? Whatever it is, it is something exceptionally powerful and fundamental to our universe.

So is the suggestion that the planets are calling us to do something just a harmless ‘turn of phrase’? Maybe. My sceptical side wonders if it’s a convenient phrase used to bolster the status of the all-so-wise astrologer who just happens to be selling courses, podcasts, or offering readings?

In actual fact unless the transiting lights and planets make a direct connection with your personal horoscope you are unlikely to notice anything. Not everyone has been through a re-evauation of their relationships just as Venus was in retrograde motion. Only those whose personal planets were aligned with transiting Venus. A good astrologer would know this and a good astrologer would not suggest that the Venus transit is calling all of us to do something. Neither would a good astrologer assume that the general public is sophisticated enough to know that their advice applies only to those whose personal horoscope is impacted. Yet apparently we are ALL called to re-evaluate our relationships.

In one sense we could view it as a harmless phrase, maybe a bit of technical jargon, as it’s just a way of describing the effects of transiting planets.
A different view is that this way of speaking is misleading as it is aimed directly at those with little astrological knowledge and is designed to separate them from their hard-earned cash.
To me it seems that at best it’s a careless way of describing celestial patterns, and at worst there’s an element of dishonesty that de-values astrology.

I really think that astrologers should adhere to very high standards of ethical practice. We are in the unique position of being able to interpret the meaning of the lights and planets in the celestial sphere as it resonates with life on earth. Practitioners of no other discipline, aside from priests of various religions, are in a similar position.