Blog - Latest News
You are here: Home / Astrology as a symbolic language 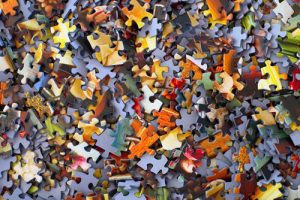 Some astrologers have referred to astrology as a symbolic language. While all human languages are symbolic this description implies that astrology symbols refer to abstract notions and somehow their use shows a disconnect from real life. Dictionary.com describes a symbolic language as one that is specialized and dependent on symbols for the purpose of exactitude.

With the widespread use of the 12 Letter Alphabet, devised by Zipporah Dobyns in the 1970’s, astrology symbols are merged and are subsumed into various archetypes. Planets signs and houses are grouped together into 12 archetypes. For example the first archetype comprises the first house which is linked to Aries and its planetary ruler Mars.

An archetype is defined by dictionary.com as

The original pattern or model from which all things of the same kind are copied or on which they are based; a model or first form; prototype.

The problem is that that houses signs and planets are not things of the same kind. Any notion that they are betrays a misunderstanding of the basics of astrology. Equating things of a different nature leads to a merging and confusion of the symbolism.

The 12 Letter Alphabet system incorporates a basic disconnect and self-validates the claim that astrology is merely a symbolic language.

The merging of its symbolism also self-validates claims by its users that some things cannot be determined from the horoscope. No surprise there! It also explains why its users are averse to prediction. The vague symbolism used in the 12 Letter Alphabet, where meanings are flexible and indeterminate, leaves them impotent in this regard.