The solar eclipse on February 15 is visible in southern Argentina and covers much of the Antarctic. The path of an eclipse is often associated with notable events. Along the path of the 2017 21 August total solar eclipse natural disasters in the form of hurricanes caused widespread suffering in the USA.

Those with significant planets or points conjunct or square 27 Aquarius are likely to experience important shifts. 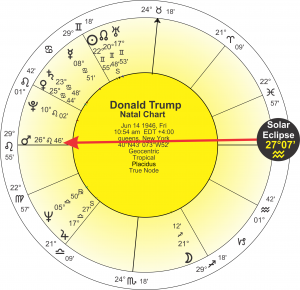 One example is Donald Trump. This eclipse is conjunct his Descendant (29.55 Aquarius) and opposite his Mars at 26.47 Leo. He is likely to experience strong opposition over the coming weeks. This is also the same degree as the Moon in the USA Sibley chart, which reinforces its significance. The US Moon conjunct Trump’s descendant shows his close connection with the country, and his natal Mars opposite this point reflects his capacity to ignite the passions of the American people.

This eclipse is at the same degree, 27 Aquarius, as was Uranus at the time of the STS-107 Space Shuttle Columbia disaster. This was also a full Moon in Aquarius. (12-14 degrees).

Interesting that at the time of the Space Shuttle Challenger disaster on January 28 1986 Mars was at the same point.

Below are charts for the solar eclipse in Australia, US, China and Europe. 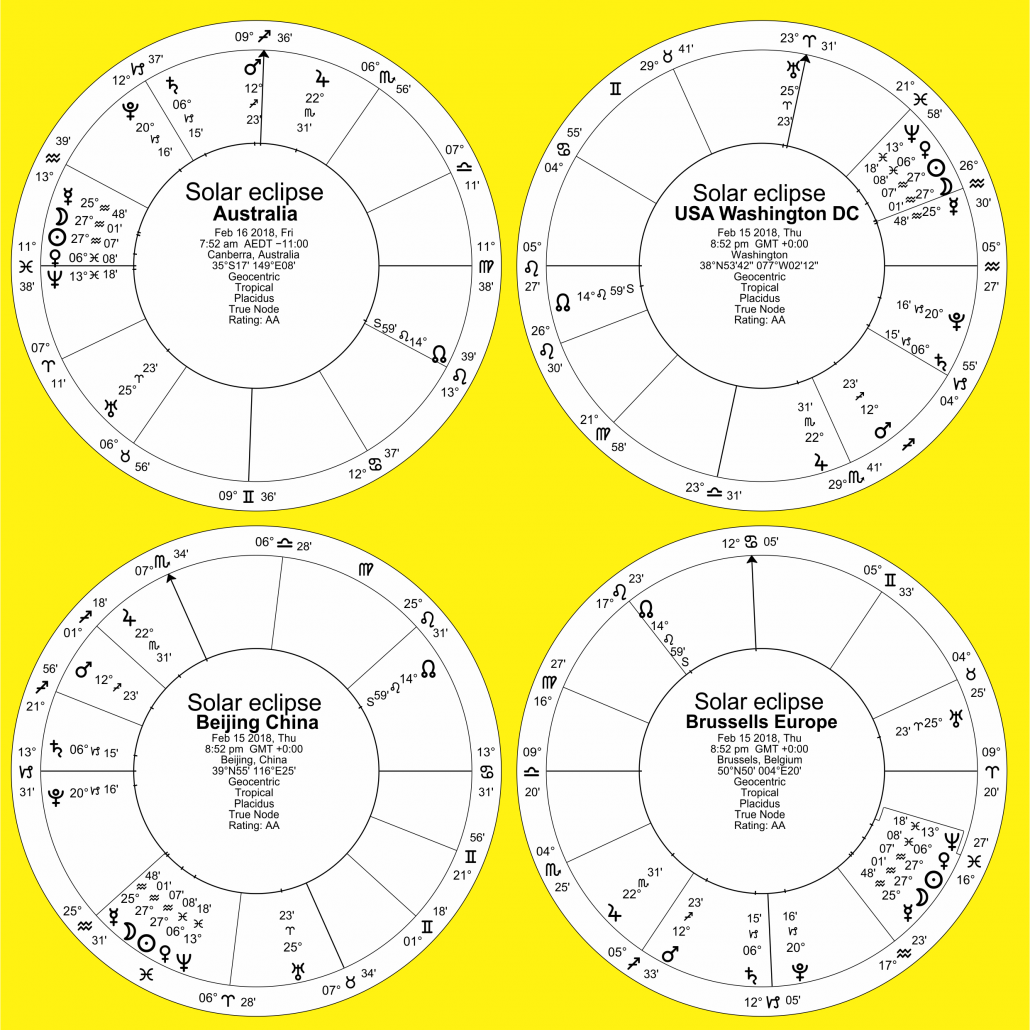